This is one of the commitments to be announced in Bali at Our Ocean Conference.

The European Commission is joining forces with United Nations Environment Programme and other international partners to launch a coalition of aquariums to fight plastic pollution. Aquariums all over the world will organise permanent activities in their facilities and will be invited to change their procurement policies, for example in canteens and shops, to eliminate all single use plastic items. The aim is to have on board at least 200 aquariums by 2019 raising public awareness about plastic pollution. The institutions involved in the initiative will engage with potential partners, such as sponsors and NGOs, to promote best practices in the use of plastic on a local, regional national and global scale. This campaign announcement follows the overwhelming vote in the European Parliament this week on the Commission's proposal to ban certain single use plastics by 2021.

The call for global cooperation is one of the official commitments to be announced by the European Union at the 5th edition of the "Our Ocean" international conference on 29-30 October in Bali. On that occasion, EU Commissioner for Environment, Maritime Affairs and Fisheries Karmenu Vella, said: "The European Commission has been working for 18 months to instigate and build this global coalition. Aquariums are a window to our ocean. With their collections and their educational programmes, they show us what we need to protect, and they inspire the ocean lovers of tomorrow. Millions of people visit aquariums around the world every year. This will mobilise them to rethink the way we use plastic."

Starting in 2014, Our Ocean conferences have attracted high-level participants from more than 100 countries, including Heads of State or Government and ministers, companies (from large industry and the traditional fisheries sector to Silicon Valley tech), NGOs and philanthropic organisations. In total, they have made over 1.100 concrete, measurable and tracked commitments. The 2017 edition of Our Ocean hosted by the European Union generated an unprecedented level of ambition: 433 tangible and measurable commitments, EUR 7.2 billion in financial pledges and 2.5 million square kilometres of additional Marine Protected Areas. The inaugural conference was hosted by the Government of the United States in 2014, followed by Chile in 2015, the United States again in 2016, and by the European Union in Malta last year. This year's conference will be hosted by Indonesia in Bali on 29-30 October, followed by Norway in 2019.

The global coalition of international aquariums will be coordinated by the European Commission, together with the United Nations Environment Programme and with the support of the Oceanographic Museum of Monaco, the European Union of Aquarium Curators, the World Association of Zoos & Aquariums, the U.S. Aquarium Conservation Partnership and the Intergovernmental Oceanographic Commission of UNESCO. So far, 106 aquariums from 33 countries, including 67 based in the European Union (see detailed list in annex), have already pledged support to the new coalition "World aquariums #ReadyToChange to #BeatPlasticPollution".

Huge quantities of plastic waste are polluting our seas and coastlines and threatening most marine species. While beach clean ups are important and necessary actions, it is urgent to change our production and consumption habits, as well as our behaviour, in order to avoid plastic entering the environment in the first place.

This action is only one of the ways by which the European Commission works to accelerate the shift towards circular economy. On 16 January 2018 it adopted the first-ever Europe-wide strategy on plastics. On 28 May, new EU-wide rules were proposed to target the 10 single-use plastic products most often found on Europe's beaches and seas, as well as lost and abandoned fishing gear, a proposal that was endorsed by the European Parliament on 23 October. This was accompanied by the awareness-raising campaign "Ready to change" actively supported by many aquariums.

As part of international efforts to curb waste, and in particular plastic waste, Commissioner Vella was also leading this week a delegation of around 40 representatives of EU businesses to Indonesia to discuss circular economy and explore avenues for cooperation. EU and Indonesian authorities and business partners exchanged views on plastics, marine litter, waste, chemicals and corporate social responsibility. The visit to Indonesia was part of EU "Circular Economy Missions" – high-level political and business meetings to promote sustainable and resource-efficient policies around the world and to open markets for EU green companies and entrepreneurs. So far, EU delegations visited Chile, China, Iran, South Africa, Colombia, India and Japan. 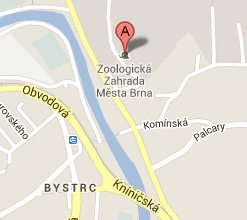